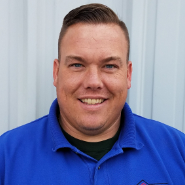 This past weekend, Crandall Roofing’s Vice President, Thomas Carrell, participated in a community outreach fundraising event put on by Social Advocates for Youth (SAY).  On Friday night, Thomas joined a group of 40+ young business professionals in an event called “One Cold Night”. They slept outdoors on  this very cold, wet November night to raise money and awareness for the 600+ kids in Sonoma County that sleep outside, EVERY NIGHT.

Using donated sleeping bags that would later be distributed to needy youths and a stack of folded cardboard cartons they hoped would offer insulation, the sleepers, mostly clad in layers of high-tech outdoor wear, knew they faced discomfort as they tried to sleep on the concrete courtyard at the former Warrack Hospital.  But they conceded, as well, that their experience provided only a glimpse of life for someone who truly has nowhere to go to get out of the elements or to dry their clothes.

An estimated 2,906 people in Sonoma County are homeless on a given night, nearly a quarter of them, or 663, are younger that 25.  They include unaccompanied minors as young as 12, though most are in the 18-to-24-year-old age range, according to the January census report.

SAY opened its Dream Center last winter and provides short- and long-term shelter to as many as 63 former foster children and homeless youths. It’s been full almost every night since it opened.  SAY has pledged to reduce youth homelessness by 25 percent by 2018.

The group surpassed their fundraising goal of $100,000 by $75,000.  The funds will be used to support SAY’s emergency shelter, long-term housing, counseling, and career programs.

Crandall Roofing, Inc. is honored to have been part of this night of awareness.  Thank you, Thomas, for you participation!